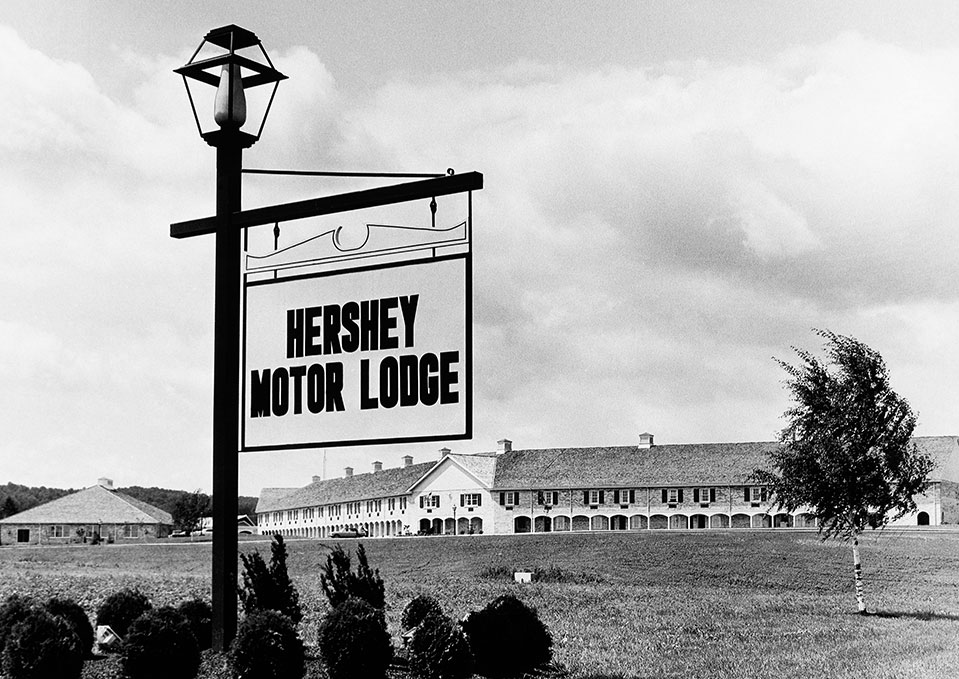 On May 1, 1967, the Hershey Motor Lodge opened its doors. Today, the Hershey Lodge is a favorite for families and groups to gather in Hershey The Sweetest Place On Earth!

Building a Tradition of Gracious Service and Excellent Accommodations

Twenty-one years after the death of entrepreneur Milton S. Hershey, his progressive ideas endured with the building of Hershey Lodge. Hershey Entertainment & Resorts Company, recognizing the need for additional hotel rooms in Hershey, Pennsylvania, opened Hershey Motor Lodge on May 1, 1967, later to be called Hershey Lodge and Convention Center.

Predicting growth of Hershey as a tourist and meeting destination, Hershey Motor Lodge was built with expansion in mind. Within two years of establishment, the Lodge added The Hearth Restaurant and The Forebay Lounge. The Forebay has since been reimagined as Revelry, while The Hearth Restaurant has been closed. In 1973, one hundred-thirty guest rooms were added, and in 1974 a Grand Opening celebration was held for a NEW $8 million Convention Center. By 1975, Hershey Lodge was accommodating 2,200 people for meetings and conventions and offering 467 guest rooms. In the meetings industry, it was affectionately referred to as "The Space Place." Hershey Lodge continued to add more meeting space with the introduction of nine small meeting rooms called the "COCOA SUITES" in 1981. This same year, the property changed its name from Hershey Motor Lodge to Hershey Lodge and Convention Center.

Hershey Lodge and Convention Center grew to be the largest convention resort between Pittsburgh and Philadelphia. With a reputation for gracious service and excellent accommodations, it also became the host site to many major events, including the Inaugural Ball for Pennsylvania Governor Tom Ridge in 1995 and the Bi-Partisan Congressional Retreat in 1997 when it hosted more than 200 House of Representatives members and their families.

Again, recognizing Hershey's growth as a tourist and meeting destination, the Hershey Entertainment & Resorts Company Board of Directors approved the largest investment of capital ever into expansion and renovation of Hershey Lodge and Convention Center in February of 1997. Later that year, ground was broken for a $33 million project to double meeting space to 100,000 square feet; add 231 guestrooms; renovate 467 existing rooms and corridors; construct a new lobby, restaurant, and lounge; and re-conceptualize two existing restaurants.

In April of 1998, Hershey Lodge and Convention Center opened a new restaurant, Lebbie Lebkicher's, in commemoration of a close friend and business associate of Milton Hershey. This was the first in a long line of projects to be completed including the new lobby, guest rooms, and lounge which opened July 1 and the new exhibit hall which opened in September. By the fall of 1998, Hershey Lodge and Convention Center was the Largest Convention Resort in Pennsylvania.

Hershey Lodge is known as "The Great American Meeting Place." In May 2002, it began an extensive $5 million renovation, one of the most significant interior design alterations in the convention resort's 34-year history. This project transformed the property's entire inventory of 665 rooms.

Conveniently located in close proximity to New York, Baltimore, Philadelphia, and Washington DC, Hershey Lodge is an ideal family vacation retreat and meeting destination, a resort that has been building a tradition of fine service and excellent accommodations for 50 years! 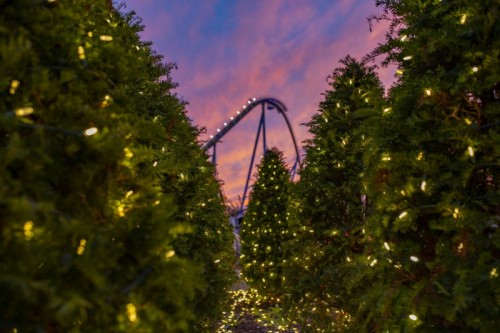 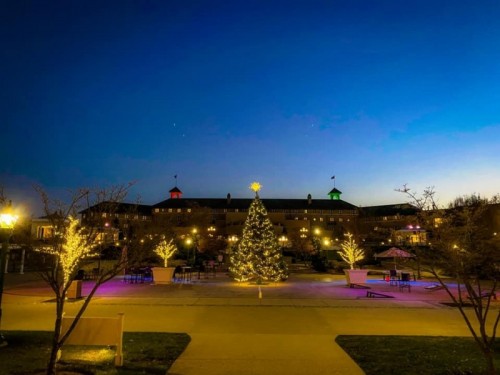 Holiday Decorations Across the Official Resorts of Hersheypark 2022 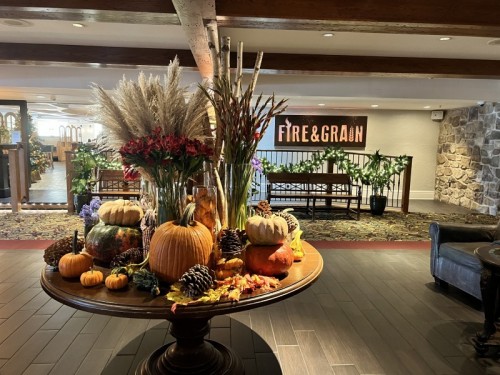 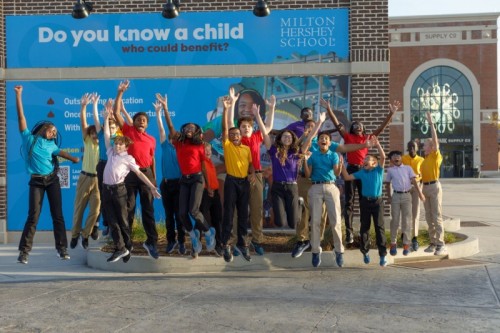 Hershey, PA Centered Around One Mission